1. Purchase A Premier Lot On The Side Of A Well Known Mountain.

The location of your new modern home is just as important as the house itself and in many ways will affect its over design.

The following home is built on the western side of Piestewa Peak in Phoenix, AZ. The mountain is a well known and easily identifiable mountain in the valley.

Building a house on the side of a mountain has its advantages. First, it makes a statement to the neighborhood. It’s almost assumed the higher your house sits, the more prestige is associated with that house. Second, the views are unparalleled. Great views and context should always compliment a modern designed home. Of course, this will all usually come with a high price tag.

2. Excavate Immediately, Figure Out Where To Put The Debris Later.

If the land doesn’t have a home on it, it will have to be excavated and prepared for one.

Excavation for this home was started and completed in early 2000. However, this wasn’t your typical excavation. Excavation for a three story home built into the side of a mountain requires lots of machinery and manpower. The highest cliff faces reaches nearly 60 ft (roughly the size of the home once completed). Excavating all of this earth poses an obvious, but often under estimated problem; where do you put all this dirt? 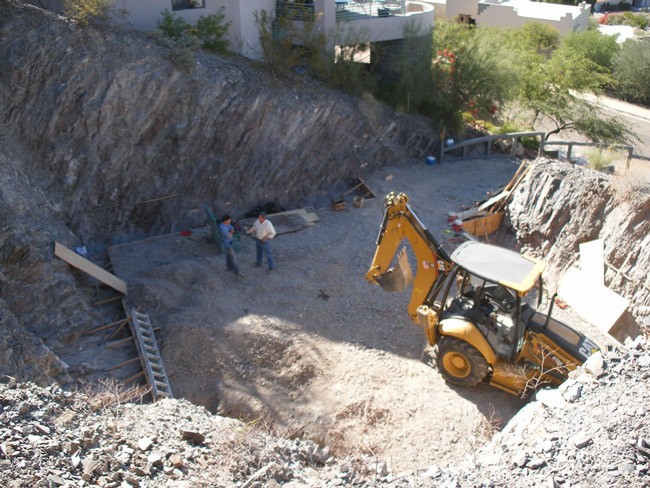 The owner quickly realized the magnitude of the problem and luckily knew important people in the city. During the time of excavation, Phoenix began expanding its freeway system and he was able to use the excavated earth for some of the freeway’s onramps.

3. Hire An Architect To Design Without A Budget

Hiring an architect with knowledge and expertise to design a modern home is a great way to build a unique work of art. If you give the architect true artistic expression and a huge budget, the possibilities become endless.

Now that the site was prepared, it was time to design the actual home. Since the homeowner is involved in steel construction, he’s very familiar with the characteristics of steel. Using steel gives an architect an almost infinite amount of possibilities.

One of the most noticeable design features is the steel’s ability to interact directly with the mountain. This allows the rock face to be incorporated into the house. There are several places where this is noticeable. The most noticeable feature can be seen in the cave-like garage which is almost entirely enclosed by rock face. The ceiling height is a generous 20ft.

To further separate this house from the mainstream and make a modern stance, the entrance to the home is accessed by either elevator, or a stair case that just as sculptural as it is functional. Once you’ve transcended from the cavernous garage, you are greeted by a contemporary great room accented by generous windows with views of the city.
4. Wait 9 Years

Want to build anticipation around your new modern home? Try and wait 9 years  before you actually begin construction. Projects on this scale require a lot of time and planning, and during the early 2000’s, construction was booming. This forced the homeowner to push off construction on his home and focus on his growing steel company.

Waiting doesn’t automatically equal bad. Of course the longer you wait, the more expensive it becomes to build the home due to inflation. However there have been a lot of technological advances that may have made the wait worth it including: – automatically controlled sliding screens, a modern fireplace with a sliding panel for a flat screen TV, and a universal control linked to his smart phone that has the capabilities to control the home’s lights, TVs and sound.

5. Build Frame Out Of Steel 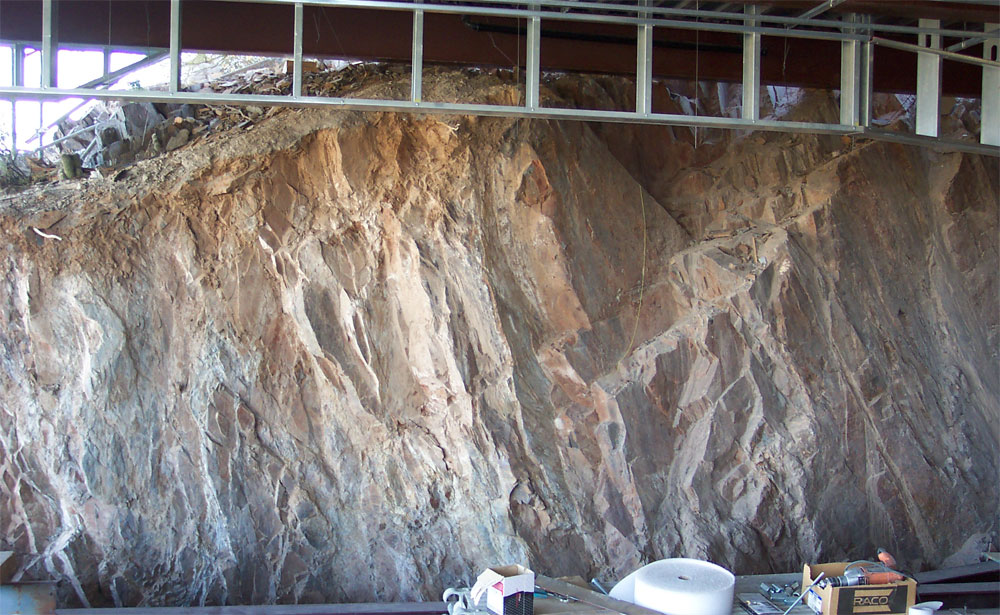 Steel is an extremely durable metal and can be used to create buildings and spans that seem to defy gravity. Without steel, this home would

not be able to rise to a height of 60 ft, or include enormous spans of frame-less glass. The importance of steel element in the home’s design and can be seen in several exposed beams around the house. Although you can achieve a modern and clean look without steel, it’s very difficult and expensive to include large openings without its use. 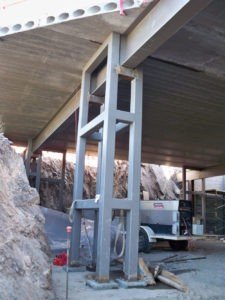 6. Hire Designers To Build A Functional Kitchen And Living Room

If you want to build a modern home, it’s all in the details. Finishes are crucial to making a statement. At this point, the homeowner was second guessing the layout of the kitchen and hired Phoenix Kitchen Remodeling Comapny, Pankow Construction to design a modern kitchen. The kitchen was designed using 3D software and renders were presented to the homeowner to make final decisions on appliances, cabinet selection, and layout. Further analyzing the kitchen in 3D, the decision to remove a wall separating the living and kitchen was an easy one. The open floor plan is an essential design element for modern living.

If you really want to add icing to the cake, an infinity edge pool is the best way to achieve this. What makes this pool unique is its integration into the rock face. Another unique and untraditional quality is the placement of the pool itself. It’s accessed by the second floor and looks down on the most the house. 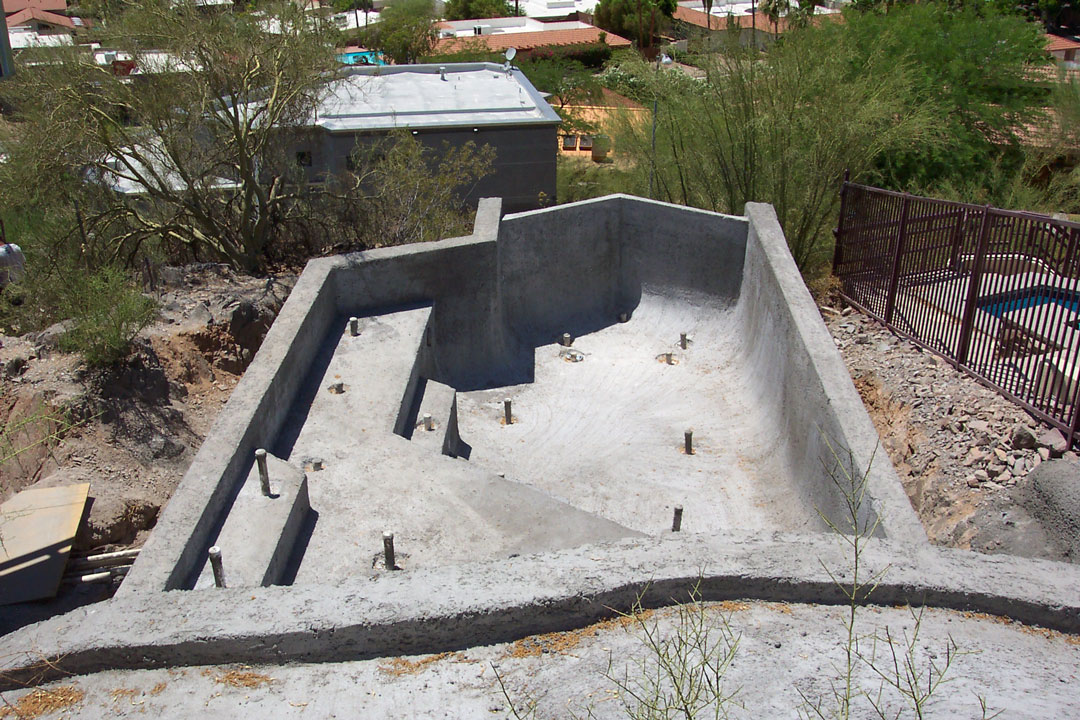 You don’t have to take 10 years to build a modern masterpiece, but this house is an extreme case of taking your time to get it done right.