Radiation? Not This Time.

When someone installs a deluxe home fixture they probably don’t think it can slowly act as a promoter of cancer, but they should know before continuing that all Granite Transformations granite is 100% radon free.
That being said, back in 2008 the New York Times threw just about everyone who owned, was about to own, or was thinking of installing granite in their homes into a widespread tizzy. On July 24, 2008 the New York Times ran an article by columnist Kate Murphy titled “What’s Lurking in Your Countertop?”. In it, an anecdotal tale of a routine radiation inspection in a home in Teaneck, New Jersey laid the framework for ongoing finger pointing directed firmly at countertops. In that Teaneck home, it was found that radiation levels were so high, ten times higher in the granite-infused kitchen than anywhere else in the home, that it was tantamount to smoking cigarettes, in terms of detriment to health.

A day later, CBS news picked the story up, adding fuel to the panicked fire. Drawing from the New York Times article they reported, accurately, that a radon-level of 4 picoCuries (the measure for radon existence) was as harmful to health as smoking a half a pack of cigarettes a day, and a level that the EPA suggests demand immediate attention. That fact alone is quite alarming when first read – an inanimate object can cause the same damage that a voluntary vice like cigarettes can. It looked like a grim day for the granite industry.

Controversy was drummed up further when CBS quoted an expert saying that “We’re seeing higher results in reds, pinks, purples. However, you’ve got to test them all.” The information provided to a generally health-concerned public was almost unanimously grim, somehow pushing aside decades upon decades of safe granite use. The elevated noise and chatter caused by this was no picnic for the granite and marble industry.

Despite high-end marble and granite distributors instantly, and loudly, downplaying the negative health implications of countertop radiation the story spread like wildfire. What remained true throughout this whole process is the fact that granite produces, by nature, a slight amount of radiation – but not enough to be harmful. Granite has been used safely for years without astronomical levels of radiation being measured.

The problem that seemed to be mounting was that companies were sourcing their rock from dozens of wholly unique locations across the globe, some of which tested higher than others for radon levels. The proliferation in rock sourcing muddled the whole field, leading people to lump “hot” rock in with quality granite that has been used for centuries. 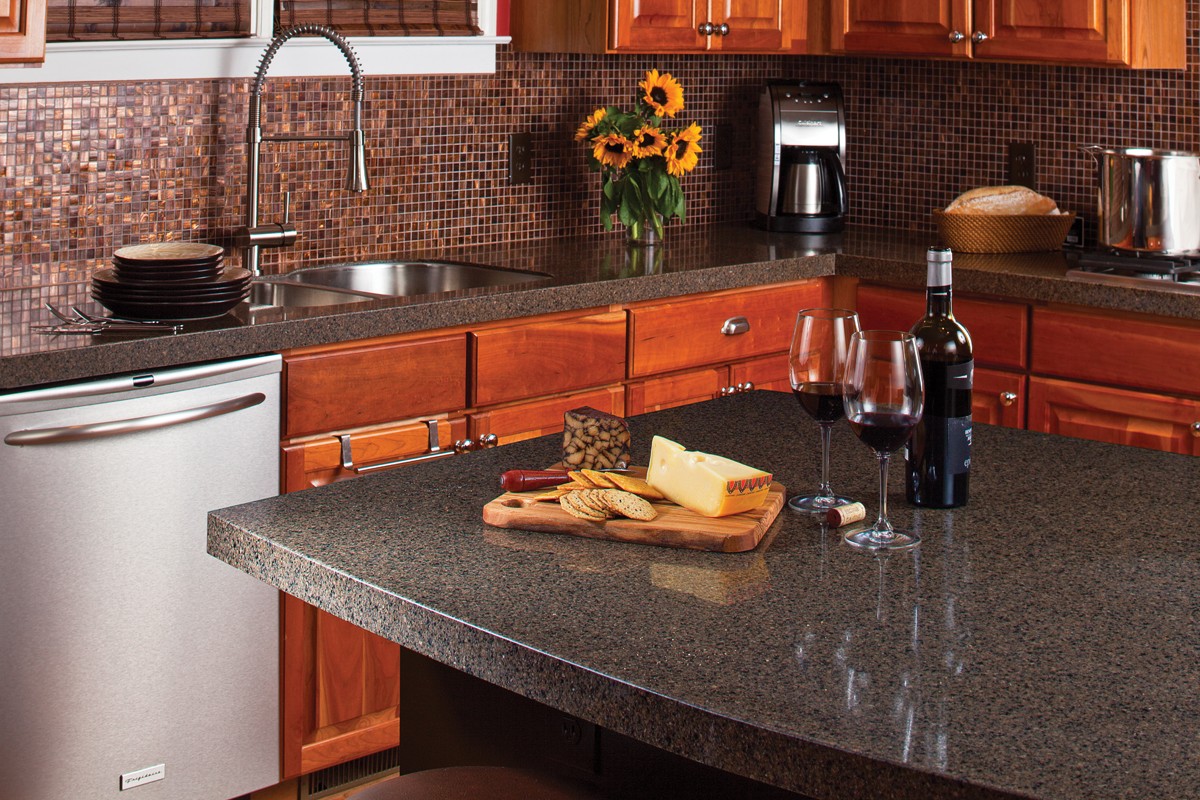 Luckily for us, our Trend Stone and Trend Glass lines of countertop overlays are completely radon-free – not even a smidgen of harm can be done. This fast flies in the face of sensational, countertop poisoning reports of two years ago, and you can rest easy knowing that being close to your Granite Transformations-installed countertops is no more cancer causing than breathing fresh, unpolluted air.

We engineer our stone with radon levels in mind, making sure that the chemical composition of our overlays is at an even, neutral level – one that is safe to use 24/7/365.