Home Remodeling: Worth the Cost and Concern? 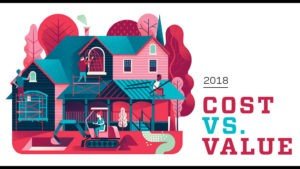 The term “home remodeling” inspires two opposing feelings: pride and fear. Homeowners can imagine – and take pride in – how nice a room would look after a remodel. This is followed by the growing fear of realizing the cost of a renovation, as well as the time and inconvenience. For the long-term scheme, however, homeowners who invest in a remodeling project now will likely benefit financially later on.

You and your home

Something to think about: The home is in many ways the extension of the person or family who own it: People take care of their health in order to function, and groom and dress appropriately for the purpose of being presentable. Similarly, proper care and upkeep of a home will generally maintain its overall functionality and appearance. But as attentive as homeowners are to where they live, changes will inevitably need to be made, whether from necessity or the desire to have something new and fresh.

Value of a remodel

As mentioned, any change requiring money can be intimidating. Let’s first examine the benefits of investing in a home renovation, as this may lessen the feeling of intimidation. Consider also starting with one of two rooms to renovate; specifically, the kitchen or bathroom. Julia Dellitt, writing for Forbes, observed that of all home renovation projects, a kitchen or bathroom remodel will yield the greatest return on investment, as these rooms are considered to have the greatest impact on resale value. Additionally, professional appraisers will check these rooms first when scouting homes for buyers. In short, if you’re going to spend money on fixing up your home, zero in on the kitchen and/or bathroom before anywhere else in the house.

How much of a return on investment would there be for a kitchen or bathroom remodel?

When a home is either bought or sold, there are many factors which determine the cost of the transaction, but it is a safe bet that a kitchen or bathroom remodel ultimately brings more money to the seller. Kathy McCleary pointed out on HGTV that renovations of either room can yield a return of more than 100 percent of the cost of the project. A kitchen remodel for a home in Baltimore, MD, for example, earned back 182 percent of its cost at resale. And bathroom remodels can earn triple-digit returns in some states. These are the rooms which get the most “traffic,” so they can be considered genuine selling points when the time comes for a home to be sold.

Yes, the decision of putting the money and time into a kitchen or bathroom remodel is one that deserves a lot of thought and consideration. The long-term benefits may not be visible at first, but it’s worth noting these projects are much easier to carry out. Just ask the professionals at Granite and Trend Transformations, where kitchen and bathroom remodels are designed and installed in less time and with little-to-no demolition. So, get inspired by your remodel dreams, not intimidated.

New Year’s Resolutions for Your Home and Lifestyle

Home Decor Trends for 2021 to Keep on Your Watch List

We’ve Partnered with the Leader in Antimicrobial Technology