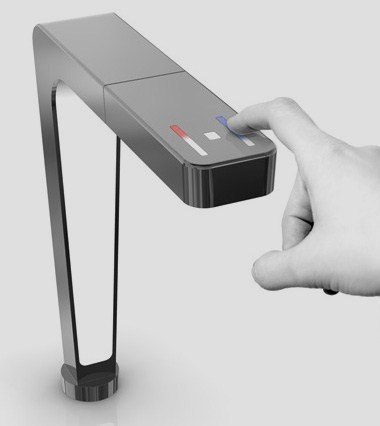 With simple design and illuminated underside, this faucet features head that can be pulled out, and has touch-sensitive controls that turns water ON/OFF and controls temperature. The product has simple upside-down-L-shape, and looks like something from year 2050. 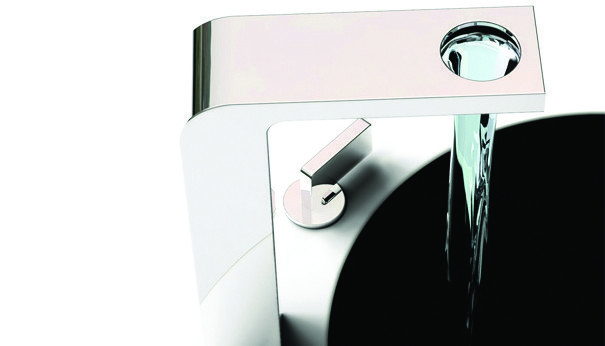 The design is simple, yet interesting. And the faucet come in two forms – for wall mount and for deck mount. The coolest part of the faucet is how the water flows (and appears): With a circular hole carved into the rectangular head, and water flowing from the edges of circle, you can get bird’s eye view of the water falling. 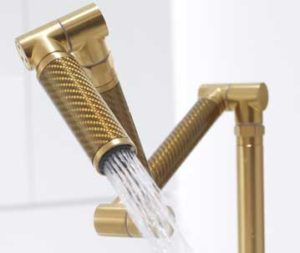 This faucet comes in both wall-mount and deck-mount forms, and features touch-button to switch between spraying and regular-/solid-flowing of water. The part that makes this the visually-coolest-faucet is its unique design: it contains 5 pivoting joints allowing for total range of motion while staying steadily in a set-position, and also offers very long reach. 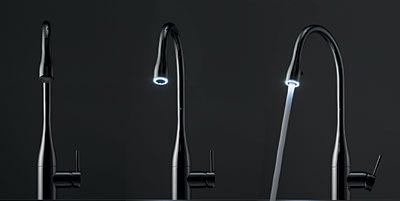 This faucet does not offer any complicated feature – in fact its a very close-to-normal faucet, with simple/modern design, that allows for pull-down of the aerator which is common feature in modern products. But one thing that makes this an awesome faucet is LED light that’s shot down from opening of aerator, which illuminates falling water so that water fall seems more like a laser-sword: this only is enough to make this product COOL. 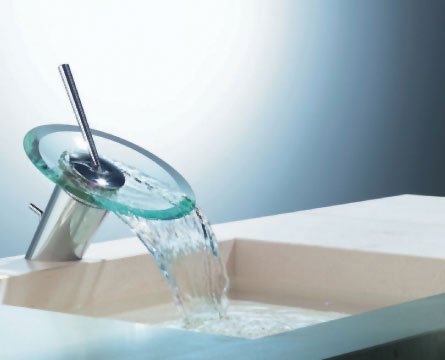 Another sleek faucet product by the Swiss manufacturer, thanks to its design/creative team, this product is a true innovation. Instead of water falling down the ordinary-looking-head, water glides across an elegant glass dish before falling down to form a wide, sheet-like water fall.

This faucet has what appears to be a car-gearbox in the place where water-controlling valve should be. But don’t be fooled by its first-look: its (+)shifter-looking valves lets you adjust the strength/amount of water fall in four levels. In addition to this innovative idea, design resembles a look of gearbox inside some of the most luxurious cars. 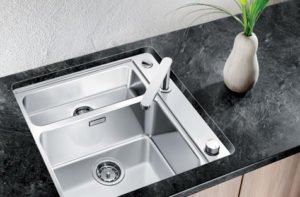 Made in Germany, this faucet, at its first glance, may seem much-too-ordinary. But hidden behind its simple design, is its functionality. The faucet swivels 360 degrees, and also allows for easy adjustment of height of the spout: simple, yet functional features allowing for maximum utility while taking up minimal space. 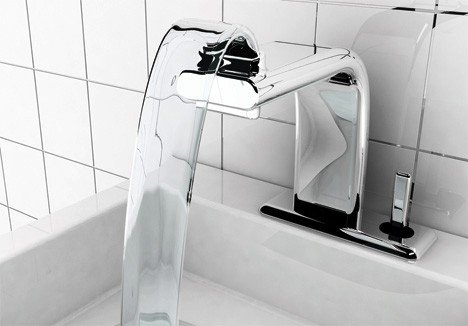 The idea behind is simple: easier teeth-brushing routine. With just a push of a button, the water starts running; but not downward, rather it runs upward. Upward-running water (like water fountains, but in more calm/steady way) not only makes this product look cool, but also allows for no-cup gargling when brushing teeth; just lap up the water directly from the faucet.